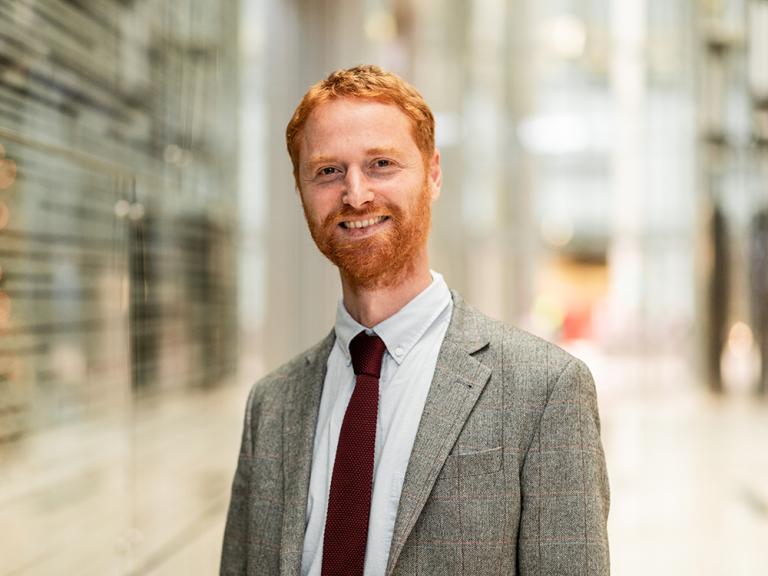 Lorenzo works as a Lecturer and Executive Coach in the UCL MBA programme. As a Lecturer in Organisational Behaviour, Lorenzo teaches the MBA modules “Leading Organisations” and “Coaching for Leaders in the workplace”, where he covers evidence-based theories in organisational behaviour, leadership and coaching applied to the workplace. As an Executive Coach, he leads the programme’s executive and career coaching team and supports our MBA students using a variety of approaches, such as person-centred, cognitive-behavioural and developmental coaching.

Lorenzo holds a BA and MA in philosophy from the University of Florence/Paris Sorbonne, a PhD in organisational behaviour from Henley Business School (Universityof Reading) and professional qualifications in coaching and group dynamics from Henley Centre for Coaching, the Co-Active coaching institute, the Centre for Coaching and Stanford University. He is also an Accredited Certified Coach (ACC) by the International Coaching Federation (ICF). In his previous academic role, Lorenzo worked as senior lecturer and deputy MBA director at the University of Portsmouth, where he won the “Inspiring Teacher Award” in 2018/19.

His research interest lies in understanding theories and principles of humanistic dialogue within cross-organisational collaboration. As a researcher,he has collaborated with important institutions such as the United Nations Global Compact (UNGC) and the United Nations Principles for Responsible Investment (PRI). He has shared his findings at the annual UNGC international conference in New York and other international conferences in Europe and the Middle East. His work is published in international and peer-reviewed journals.

Besides his academic hat, Lorenzo works as a professional freelance coach with various clients, businesses and not-for-profit organisations, including the NHS, the UN and Heathrow airport. He also delivers workshops and masterclasses in effective communication, leadership skills, interpersonal dynamics, emotional intelligence, motivation & goal settings, and other critical “human” skills. In addition, Lorenzo collaborates as an executive education associate at Henley Centre for Coaching, is an affiliate member of the International Society of Coaching Psychology and holds a qualification in Psychometric and Psychological Test Use (TU) from the British Psychological Society. He is also a certified practitioner of some of the most scientifically robust personality and emotional intelligence competency assessments,such as Hogan Personality Inventory, Korn Ferry 360 Emotional Intelligence and EQ i-2.0 Emotional Intelligence predicting performance.

Outside work, Lorenzo is a proud dad, a pro-bono coach for the social enterprise ThreeShepard in London and the Humanitarian coaching network. He is also an amateur jazz/gipsy jazz saxophone player and a “wanna-be”explorer with his tent and T-25 VW campervan.